A downloadable game for Windows

Planet Earth is in a  right mess, and the Ovisarian Empire has had enough of it. So you've been sent to Earth in your UFO to abduct as many sheep as you can and free them from the tyrannical human race. The problem is that the human's aren't too happy with you taking away their source of lamb chops, so you best be prepared for battle!

UFO is a Defender inspired 2d action arcade game where you play the role of a flying saucer commander that has to capture sheep, rescue fellow aliens and avoid being destroyed by the foolish Earthlings! 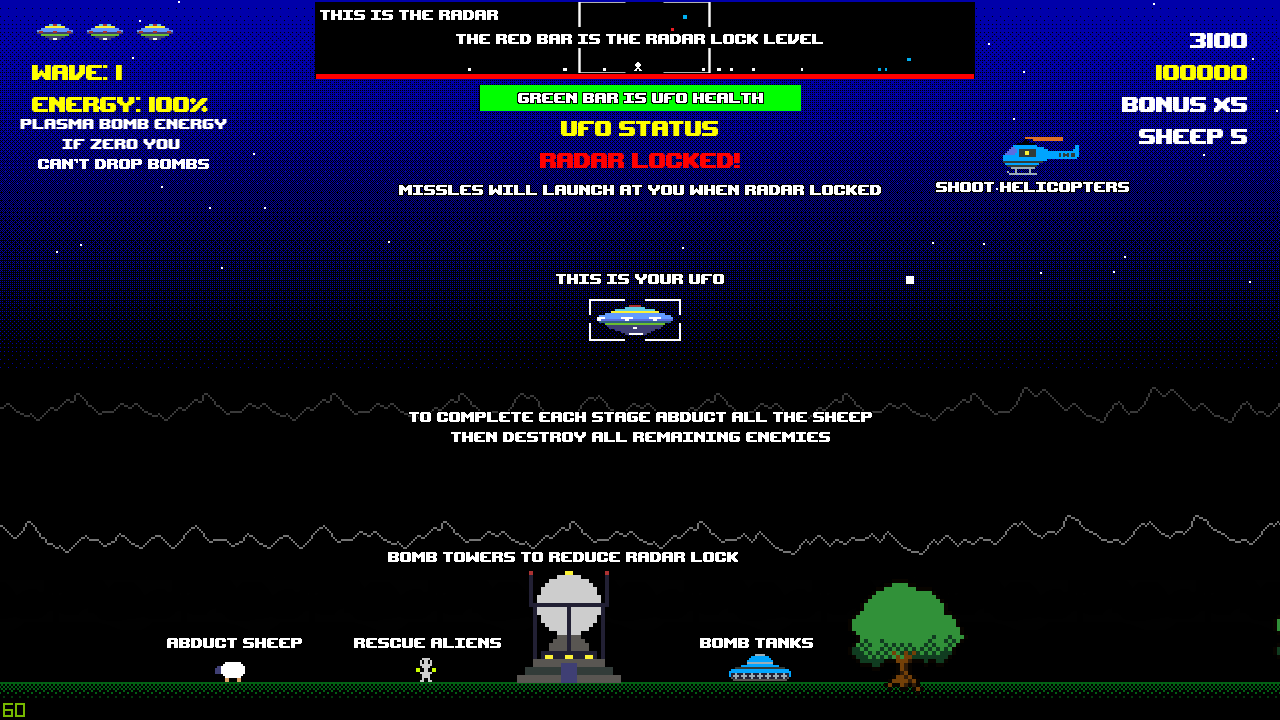 Collecting sheep will also give you a health boost if your UFO is damaged, and rescuing aliens will give you energy to recharge your plasma bomb reserves.

The radar sits at the top of the screen and shows you the position of enemies, radar towers, sheep and aliens. The slowly filling bar that goes from green to red below the radar is your radar lock meter. This fills up based on how many radar towers are in the level, and can be reduced by destroy them. If you destroy all of the radar towers in the level, the radar lock will reduce to zero, but it will continue to fill at a slow rate afterward.

Different objects are marked by a corresponding colour on the radar.

This may feel a little strange at first, so level 1 of the game has been made especially easy, with only a small number of enemies, so that you can get to grips with the UFO movement before tackling the later levels.

TIP: Look at the ground to see your direction of travel, not the UFO. 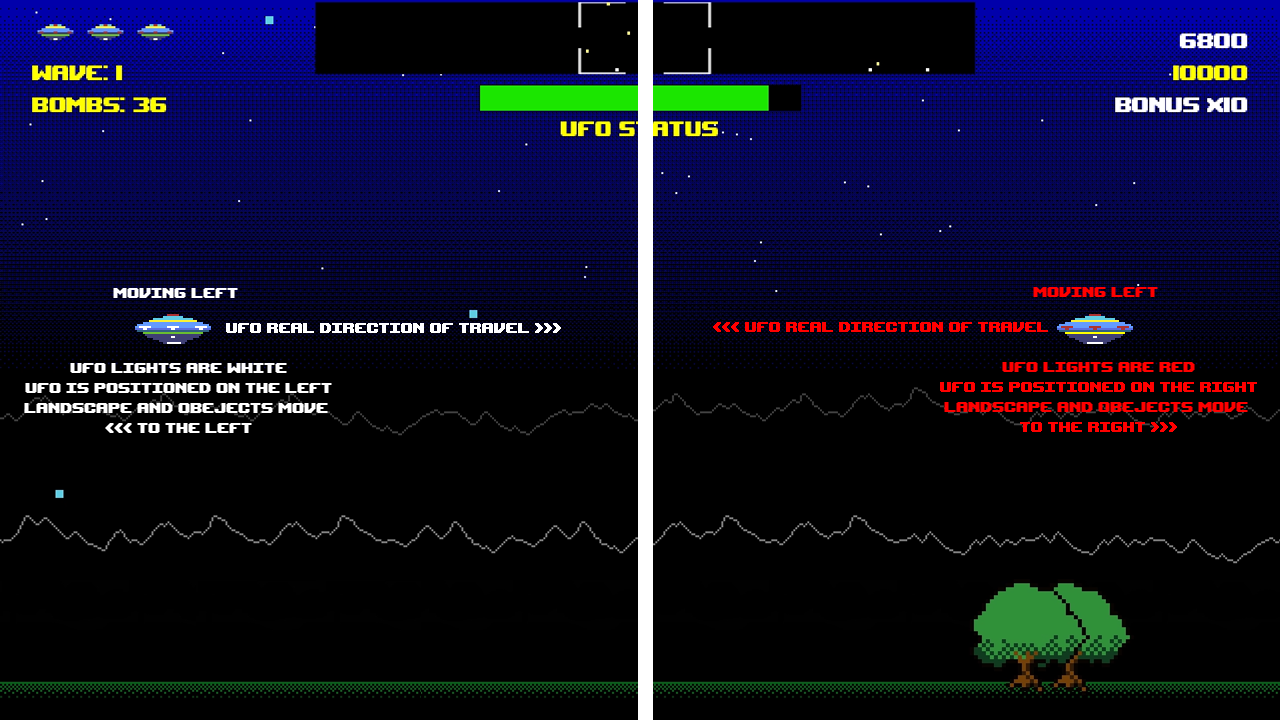 The game is designed to be played with an Xbox360 style gamepad.

There are also keyboard controls for people without a gamepad.

If you have any comments, suggestions, want to report bugs, or just want to say hi, drop a comment in the box below. I'm always happy to hear from anyone who plays my games.

To run the game just double click the UFO.exe file.

I think having two fire buttons for left and right would be good since the player's ship is a UFO that can't distinguish if it's facing left or right.

This is a "proper old skool" style game, both challenging and fun. I suspect that I'm going to spend a lot of time screaming at the screen as I play this. Great job, Pete!